The Green Mind: A Chat With Coach Gee – PART 1 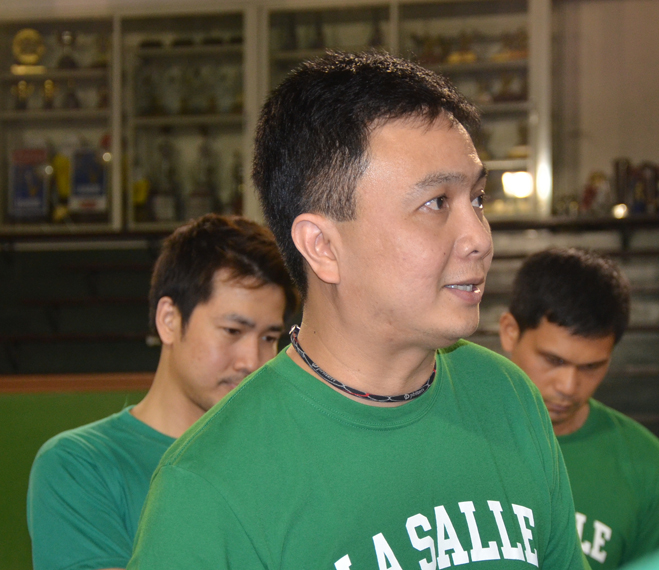 I did not expect that my interview with Coach Gee would be so extensive. Because of this, I had to make this a 2 part interview.

I got to the Razon Gym early and I was excited to interview Coach Gee about the UAAP season that had just finished. Practice was at 3 pm but as early as 1 pm, players were already in the weight room.

The first one I saw was Gab Reyes and he was already working out. Slowly, the rest of the players started arriving. There were many new faces that I did not recognize. Then I saw Coach Gee walk in with his disarming smile and came up to shake my hand. We wasted no time to start the interview.

TGM: Hi Coach! Thank you for allowing me to interview you again.

Coach Gee: It’s my pleasure. I know a lot of people read your blog. By the way, thank you for all the time you spent writing about us.

TGM: Let’s get right to it. When I first interviewed you before the season, you said that your goal was getting to the Final Four. Did you really believe you could make the Final Four?

Coach Gee: In the start? Mahirap! I knew it was going to be hard but I love challenges and I have to be positive. If you are going to dream then dream big. Early on, I learned from the La Salle Brothers to always strive for excellence regardless of the obstacles. I knew we had a lot of obstacles but the drive for excellence was instilled in me.